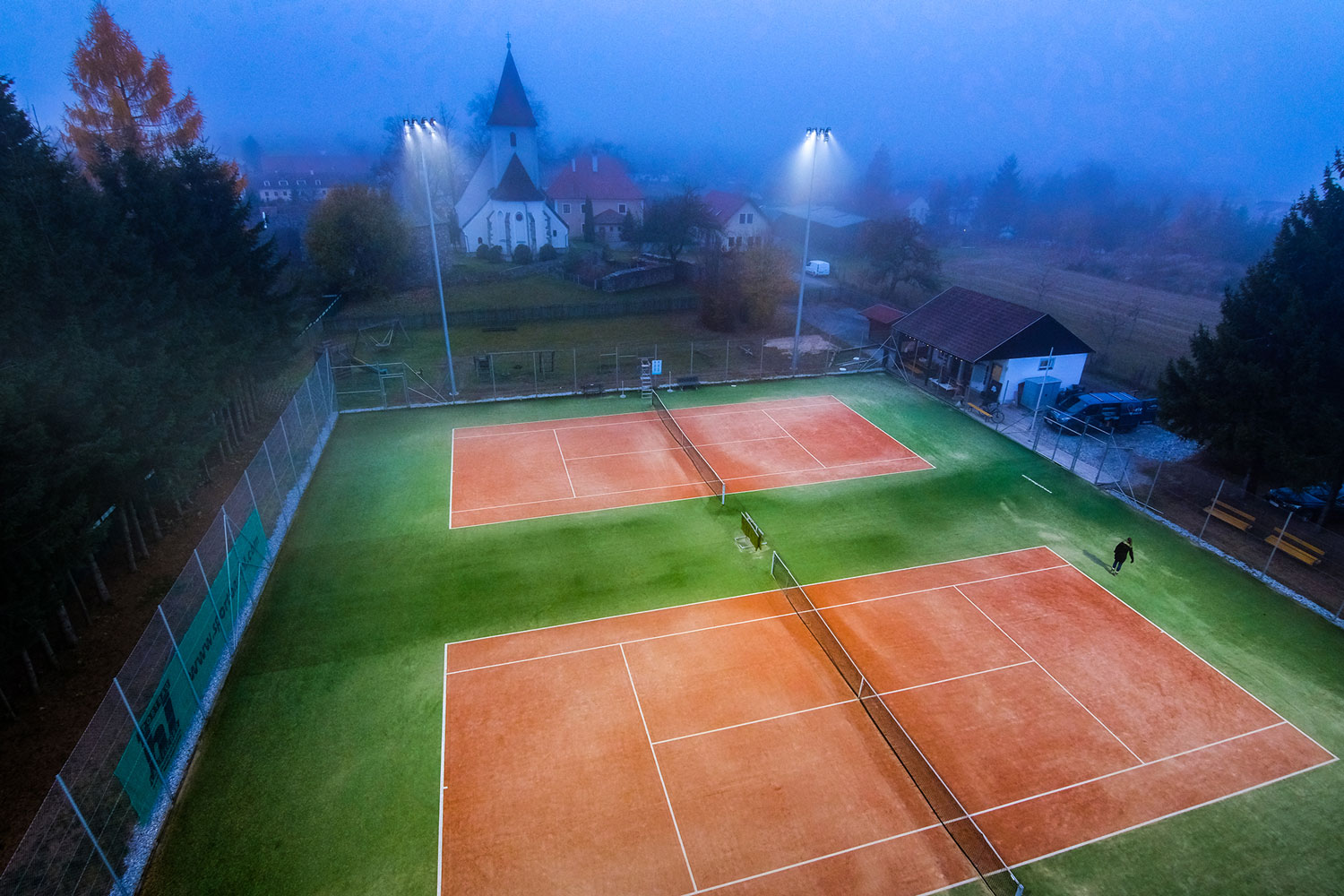 Following a court renovation with a new surface and an economic upswing due to an impressive increase in members, the Sportunion Tennic Club in Großgöttfritz, in the Austrian forest district, wanted to create extra value for their members. The tennis club, founded in 1988, comprising of two courts and previously only playable during daylight, was upgraded with a floodlighting system, to extend playing times. Illuminated with 500 lux, the court can now be used till 10:00 pm and fulfils the specifications for competition courts. The installation is ÖNORM 1052 compliant. 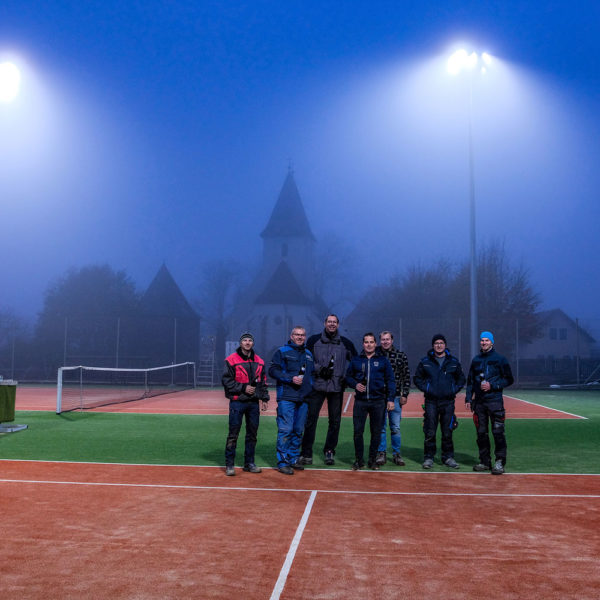 The floodlighting system consists of four 16-meter-high masts, equipped with SmartArenaTera 2.0 Basic. The fixtures are equipped with DLC (Direct Light Control) for glare protection and shading.

Chairman Mario Ecker explains the process: “We first considered a floodlighting system about five years ago. This became more concrete in 2020, after the court was resurfaced. In November 2020, we requested the first offers from Preworks, to gain an overview of possible costs. Planning began in February 2021: a financial list, funding options, offers for the substructure, foundations and electricity. Once it had been determined that the project was financially feasible, we spoke to all neighbouring residents, to get a feeling for the acceptance of the project. Following successful advocacy, the project was completed in one and a half months.”

Many regional companies were involved in the construction of the floodlighting system. The installation was supported with funding from the municipality of Großgöttfritz, Sportunion Lower Austria, the federal state of Lower Austria and the companies Erich Siedl und Zankl. We are also grateful to all the volunteers from the club. 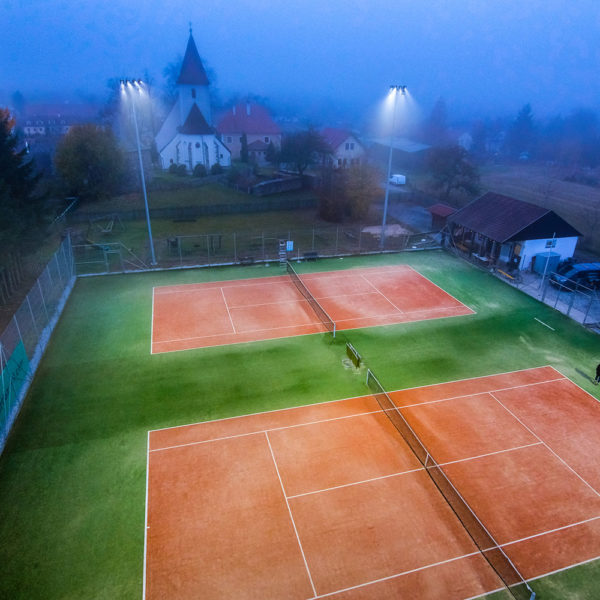 Design and implementation by VEKSDESIGN

Manage Cookie Consent
This website saves and processes information about your visit in the so-called Cookies and technologies, and the users of this data are limited in order to obtain pages and use of website services such as social media or google maps. For this we need your consent.
Manage options Manage services Manage vendors Read more about these purposes
View preferences
{title} {title} {title}